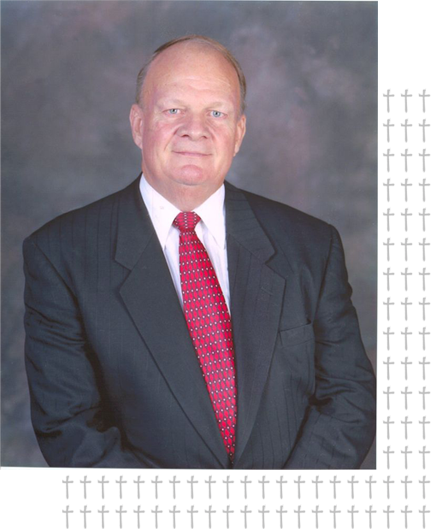 Newly married, Pastor Bogle and his wife Shirley Bogle diligently labored in ministry together. Within ten years Faith Gospel Temple had grown to capacity and a new church was constructed.

In 1964, the doors to Evangel Church opened. Located in Mt Clemens, Michigan on Joy Boulevard, this church’s evangelical focus would guide the Bogles to a wide range of outreach ministries. In 1967, the vision of a radio ministry, purposed to reach the metro Detroit area with the gospel of Jesus Christ, was birthed. That September, Evangel Echoes Prayer Time came to the airwaves and a journey of prayer began for a half-hour on Thursday nights on WBFG-FM. This was to be just the beginning of Pastor Bogle’s commitment in ministering to peoples’ lives through prayer.

Within 90 days the Evangel Echoes broadcast grew to 2 hours per night 7 days per week, starting at 12:05am.  In early 1969 the program expanded to 3 radio stations beginning at 8pm on WBRB in Mt. Clemens, a second radio station came onboard at 10pm; and at 12:05am WBFG came online.

In 1970, Evangel Church moved from Mt. Clemens to 8661 Grand River in Detroit, Michigan and took on a name that truly reflected the heart of the ministry, “The House of Prayer.”  The Evangel Echoes radio broadcast took on new hours from 12:05am to 3am solely on WBFG to allow more time for other outreaches. The ministry’s passion was reflected in the diverse group that it attracted.  Many young people, most between the ages of 17 to 29 began attending a Saturday night Coffee-House that had a casual, comfortable atmosphere of music, hot dogs & popcorn, and the Gospel of Jesus Christ.  It was normal to see 300+ young people attending these weekly Saturday get-togethers. More traditional worship services were held on Sunday’s and Thursdays where Evangel Echoes listeners from around the metro-Detroit area of all ages and races attended for fellowship, praise, and preaching under the Holy Spirit. 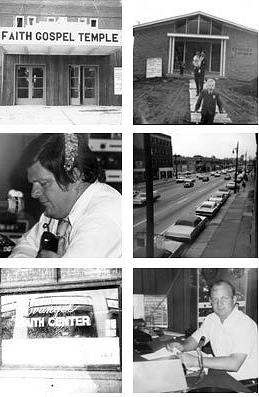 By the mid-seventies the church had outgrown the House of Prayer location and moved to the Stansbury location.  Its continuing mission to reach the greater Detroit area with the gospel spilled onto the television airwaves in the late 70s and the church became known as Evangel Ministries.  The church opened a working farm ministry with milk cows and more to give young people an opportunity to escape Detroit’s drug scene and focus on rebuilding their lives.  A kid’s camp was opened on the same rural property where inner-city youth could attend weeklong sessions and hear the Good News of Jesus Christ.

Through the 80’s and 90’s Evangel continued to expand its reach into neighboring areas by opening two locations; one on Conner Avenue in East Detroit at the former De Lasalle High School and the another on Pardee in Taylor, Michigan.  Two Christian schools were also opened, one at the Eastside location and the other at the Taylor location.  In the early 90’s a garage ministry was opened on Plymouth road just west of Telegraph that offered low-cost auto repair for single mothers as well as the under-employed.

Evangel Ministries central (Stansbury) location grew to a beautiful campus that hosted many outreach ministries such as the Love Your Body Health and Fitness Center; a 10,000 square foot facility that provided health and fitness opportunities to the Christian community. Also on campus was “Single for Now”, a stand alone church dedicated to meeting the unique needs of single Christians by instructing single men & women on how to become passionate and committed to the Lord, Jesus Christ.

In 2005, Pastor George Bogle chose to focus his time on radio prayer as Evangel Echoes transformed into NightVision Ministries.  He recommended Pastor Christopher W. Brooks as Evangel Ministries Senior Pastor while he became Pastor Emeritus.  Pastor Bogle retired from preaching in December of 2017 while continuing to pray for people on NightVision until February 21, 2019.

Pastor Bogle went home to be with Jesus on February 12 of 2021.  He is survived by his wife, Shirley, his children, George Jr., Tim, Tara and Kirk;  his grandchildren, Brent, Blair, Coleton, Rick, Chad and Luke; a great-grandson, Mario; his in-laws, and nieces and nephews.

Through the Open Door: the life of Pastor George Bogle